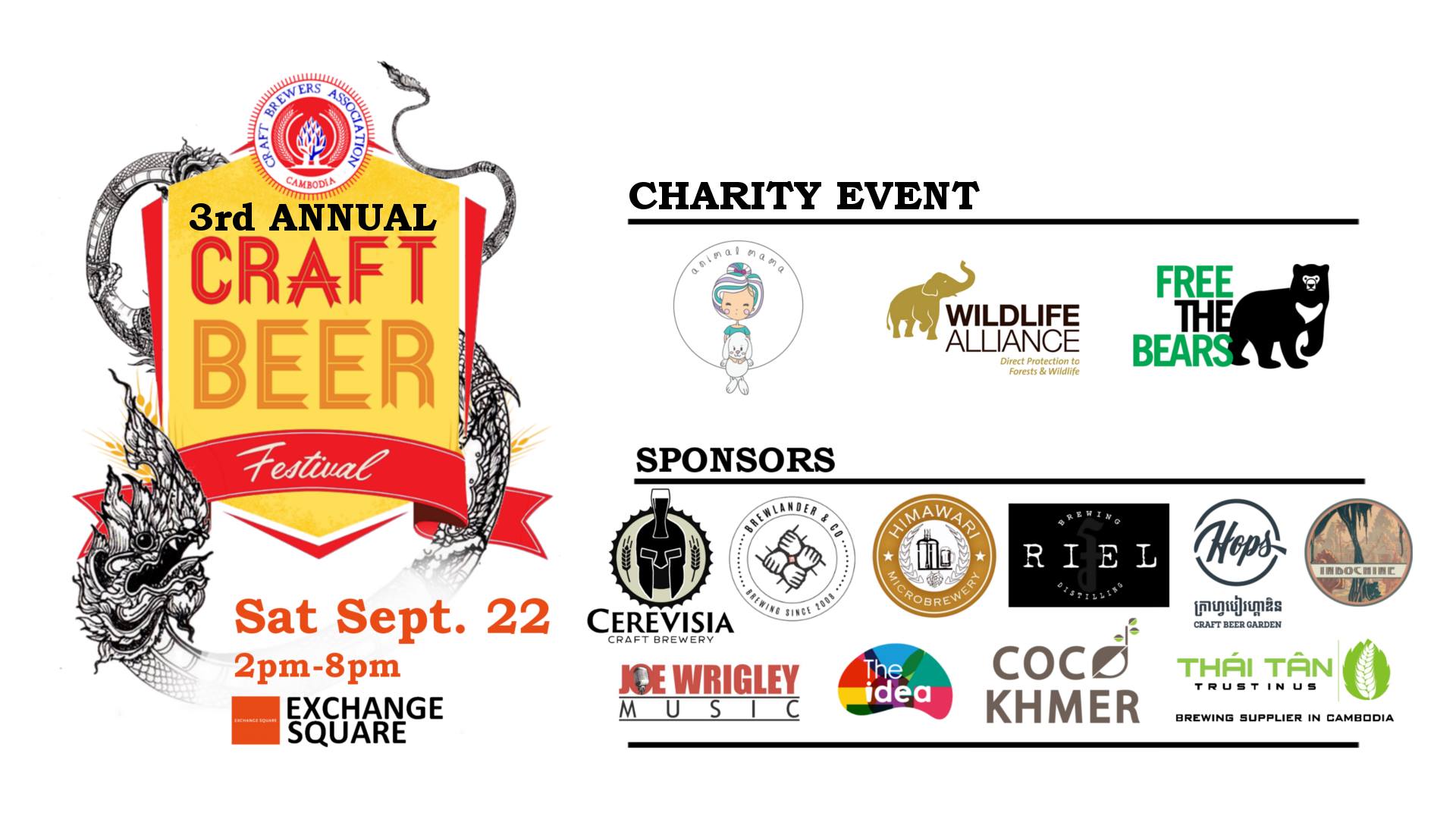 So, the 3rd Annual Craft Brewers Association Charity Event is coming up in less than a week, this Saturday to be exact. The Cambodian Craft Beer Brewers are all joining forces for charity.

We’ve talked to Erich from Cerevisia Craft Brewery to find out what’s going on: “3 years ago I started the Craft Brewers Association of Cambodia, in an effort to promote craft beer in Cambodia. Logical! As a community organization, we wanted to give back to our neighbors and host an annual charity event. Each year, the Brewers from different breweries work together to raise funds. We donate our time, money, and craft beer to the event, and all ticket sales goes toward the charity”.

Last year there were approximately 125 visitors, but this year they are hoping to reach 200 which is a great sign that the craft beer community in Cambodia is rapidly growing. Don’t forget there’s also food from Fatboys Subs, Alamo Cafe, and Botanico available!

The tickets for this event are $15 in advance or 20$ at the door. The admission includes six samples, a glass, and a shirt. Tickets can be bought at either of the previously mentioned breweries in Phnom Penh. And last but not least, a link to the event!

And don’t forget to check out Music, Art & Craft Beer – Phnom Penh for the latest entertainment news in Phnom Penh.