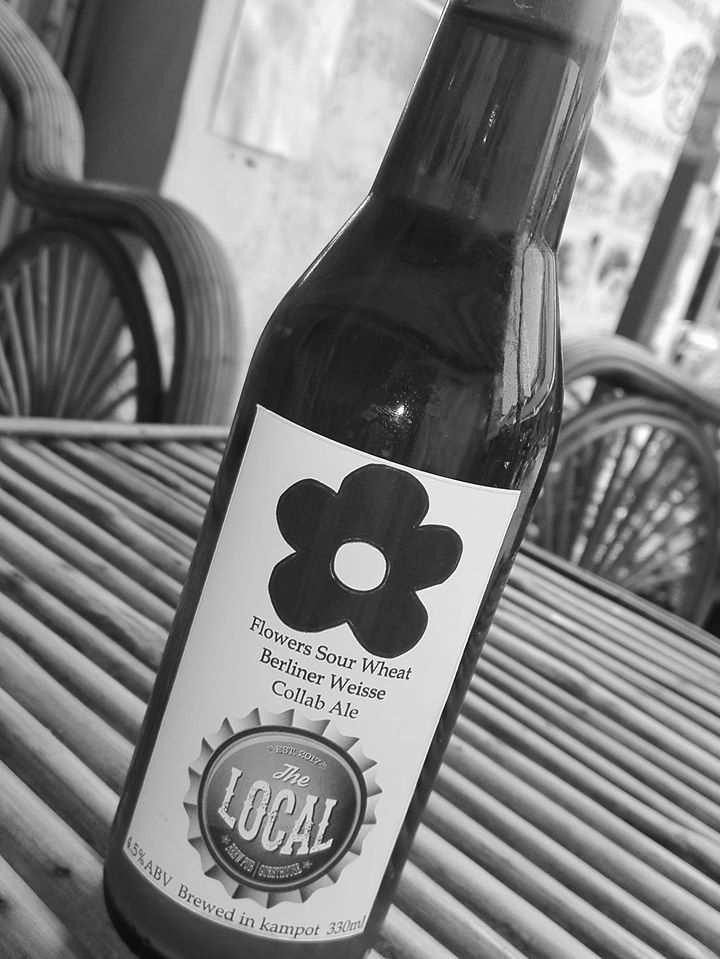 Flowers Nanobrewery from Kampot keeps on experimenting. Not only is the brewer from Flowers experimenting with a lot of different styles but often they turn out really good too.

This time Yuki the brewer has released a Berliner Weisse in collaboration with other Cambodian craft beer brewer the Local from Siem Reap. A Berliner Weisse is a wheat beer from Berlin brewed with lactic acid bacteria which gives it a sour taste.

At 5% ABV, It’s a bit stronger than a Berliner Weisse generally is. These beers are often brewed at 3% and drunk with flavoured syrups like a raspberry syrup to balance the sourness.

The higher ABV doesn’t make the beer any worse, it’s a great beer perfect for the hot weather of Cambodia. It’s not a very complex beer and there’s not much depth to it. However, the sourness hits the spot and the crispiness from the wheat and carbonation makes this beer very refreshing. It’s one of the first sours from Cambodia and it marks a great start for 2020 for the Cambodian craft beer scene.

A while ago we reviewed the other beers from Flowers so don’t forget to check out our review of Flowers Nanobrewery.