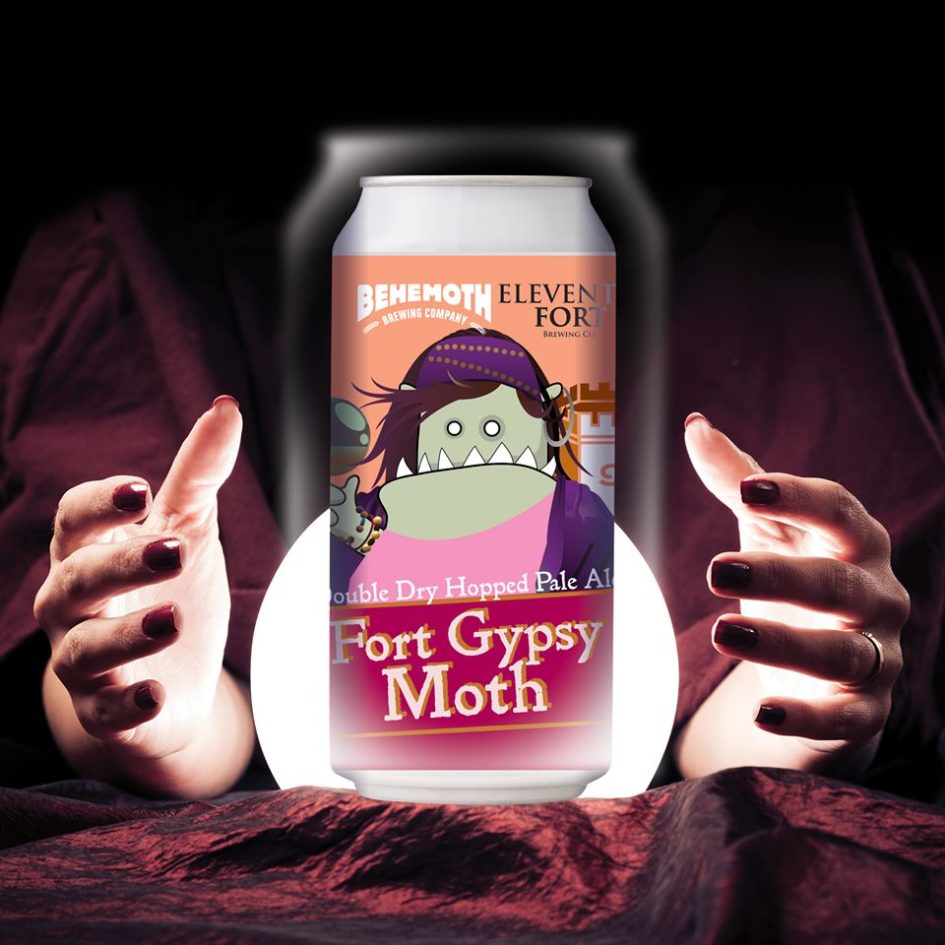 Eleventh Fort has been one of my favourite brewers in Thailand the past few years. Their Black IPA is a must-try, but they also have other fantastic beers.

Currently, this craft beer cannot be found in Cambodia, but considering that they produce some of their craft beers in Phnom Penh at Kingdom Breweries it’s not impossible that we would one day get it here as well.

If you have missed the story why Eleventh Fort and plenty of other Thai craft beer brewers aren’t brewing in their country there is a simple explanation for that. To start a brewery in Thailand you need to produce 1 million litres a year (100,000 litres if you’re a brewpub) to get a license.

That’s obviously a ridiculous amount for any craft brewer so back in 2016 a few brewers started brewing abroad and then importing to Thailand. Plenty of Thai brewers jumped aboard and these days there are hundreds of different Thai craft beers being produced in other countries, Eleventh Fort being one of them. When I’m talking about “the good old days” of Thai brewing in this interview, it’s about the illegal craft beer scene that predated the era with legal beers.

I decided to reach out to Eleventh fort because of a co-operation I recently heard about. They have been brewing a beer with the very popular New Zealand Brewery Behemoth and I was curious to know more about it.

The Black IPA is probably the best Thai craft beer I’ve tasted, and I guess many people agree, what’s the story behind it?

We like a Black IPA that has a good balance between roastiness and hop flavors which wasn’t easy to find, so we decided to brew it ourselves.

The idea was we’d like to add a signature ingredient from Thailand to our Black IPA. And we chose to add locally grown coffee beans to it. We then carefully selected Akha Ama Italian Roast coffee beans from Chiang Mai out of many Thai coffee beans we tasted. Because we thought it was the best combination.

Do you miss the good old days of Thai brewing?

It was a good experience that brought us to where we are now. The whole brewing scene is improving every year. The number of brewers is increasing as well as the level of craft beer awareness. We are looking into new days.

Where do you feel the Thai craft beer scene is right now, and where do you think it will be going in the future?

The scene is growing slowly since the law is not really in favor to small-batch beer producing. That, however, doesn’t stop people from brewing. We have seen many Thai brewers go overseas to brew and bring back their products.

There are at least 10 new Thai imports this year alone. This pattern will go on for the next couple years until there is a brewery here that let us do small batches. The law will change in due time but we will have to live with it for now.

You are making a collab with Behemoth from New Zealand, How did that happen?

Beervana who distributes both our beer and Behemoth’s got us together. It was a virtual collab where we brainstormed the recipe and the Behemoth guys did the actual work. It was released in New Zealand 2 weeks ago and soon will be in Thailand.

Where are you currently brewing?