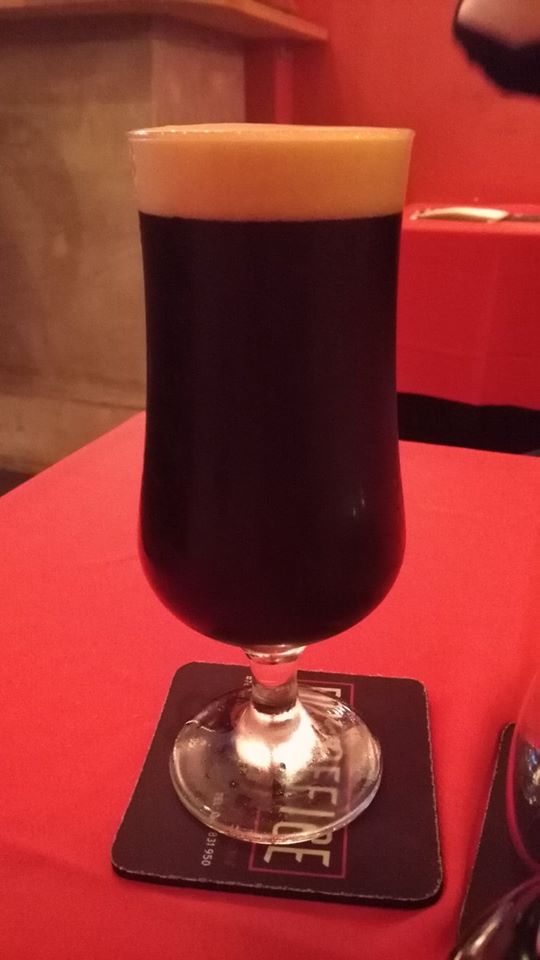 This coffee milk stout is brewed by Craft Beer Brewers Riel Brewing in Phnom Penh. I had it at The Box Office where it was $3.5 for a small 340ml glass. These days you can also found it at Embargo Craft Beer Bar in Phnom Penh.

It pours with a frothy beautiful head, the aroma heavy on the coffee, whereas the flavour is a nice mix between coffee and nuttiness. The ABV is 6% and the IBU 35. It’s quite a heavy beer so if you prefer lighter stouts then this might not be for you. I would still argue it’s a very nice beer that’s easy to drink and it’s definitely one of the better stouts you can find in the Craft Beer Scene in Phnom Penh, maybe in the whole of Southeast Asia.