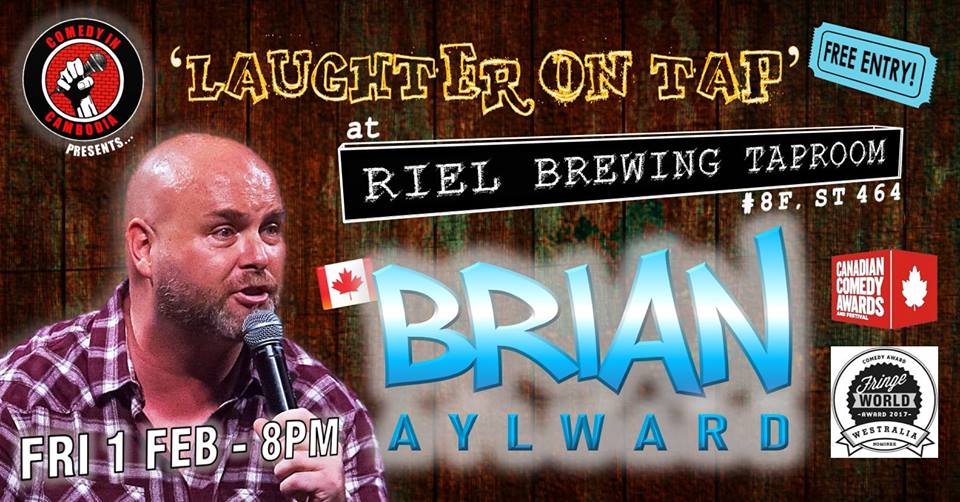 Cambodian Craft Beer heroes Riel Brewing are again teaming up with Comedy in Cambodia for another night full of inappropriate humour and delicious craft beer.

This time it’s award-winning comedian Brian Aylward coming in all the way from Canada. Aylward has toured extensively around Canada and the world with his show and has been dubbed one of Asia’s most influential comedians by The Korea Times.

Aylward will be supported by local stand-up acts and cambodiancraftbeers.com is ready for a night that’s going to leave us all rolling on the floor with laughter.

The event starts at 8pm, Friday the 1st of February. There’s no entrance fee so there’s no reason to miss out. The Riel Taproom will, of course, be selling their Craft Beers, including their Citra Pale Pale, their IPA, their Witbier and a Stout.

The Riel Taproom is very close to the Russian Market in Phnom Penh, Street 464 to be exact. See you at Comedy in Cambodia!