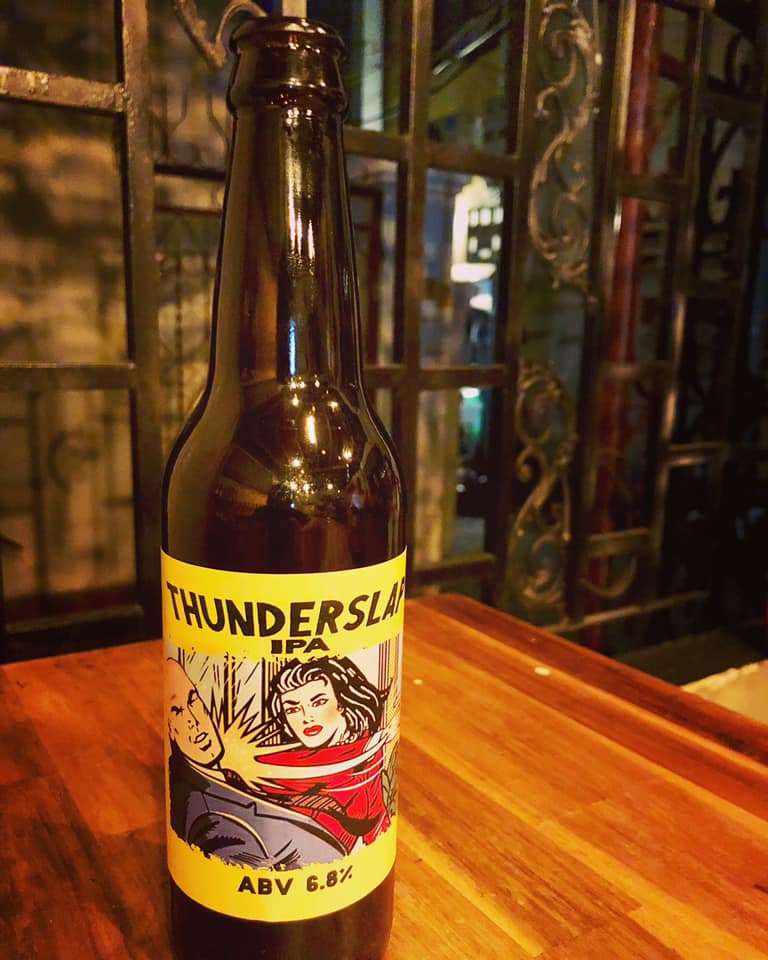 If you have ever drunk craft beer in either Vietnam or Cambodia there is a high chance that you have stumbled upon a beer called the Thunderslap IPA. This is the flagship beer of Fuzzy Logic Brewing, a brewery that started in Vietnam but now also brews in Cambodia. It’s one of the few, maybe even the only, Southeast Asian craft brewery that has a brewery in 2 different countries. In Cambodia, they brew in Siem Reap.

You probably wonder why this beer is so special that it warrants a whole article on this blog. There are actually a few reasons. One of the main reasons is that the beer was crowned the best IPA out of 20 IPA:s submitted in the inaugural BiaCraft Beervana IPA Challenge 2019. It swept the floor with international beers like Stone Tangerine Express IPA and Melvin IPA, but also Vietnamese craft beers like Lac Mango IPA and Deme Ba Hoa IPA. This is a clear sign that this beer is not to take lightly.

The story behind the name – Thunderslap IPA

The real interesting thing with this beer though is the story behind it. Thunderslap is definitely a unique and cool name and the story behind the name is equally cool. The incident behind the name took place at a craft beer event in Ho Chi Minh City. One lady in the audience got sexually harassed by someone who grabbed her butt. Some people would just have let it go but not this lady. The harassed woman turned around and gave the man a huge slap in the face. The slap was very similar to what can be seen on the illustration on the bottle.

The crazy thing about this story is that it was the harassed, not the harasser, that got thrown out of the party. When the owner of Fuzzy Logic Brewing, Patrick Davenport, heard about this unfairness he decided to take action. He asked the lady if she wanted to work on a beer against sexual harassment. Not long after that the Thunderslap IPA was released, and it’s undoubtedly one of the most delicious IPA:s in Southeast Asia. Especially in the Cambodian craft beer scene it has made a huge impact. It’s a beer that pretty much every craft beer drinker knows of and that you can find in all of the best craft beer bars in Phnom Penh.

We’re happy that this beer exists in Cambodia as it has definitely made a big impression on the craft beer drinkers in the country. It has converted many people into becoming craft beer geeks which shows the how important it has been. I hope this piece makes the lockdown a bit easier and soon we’ll surely all be drinking delicious craft beers again.