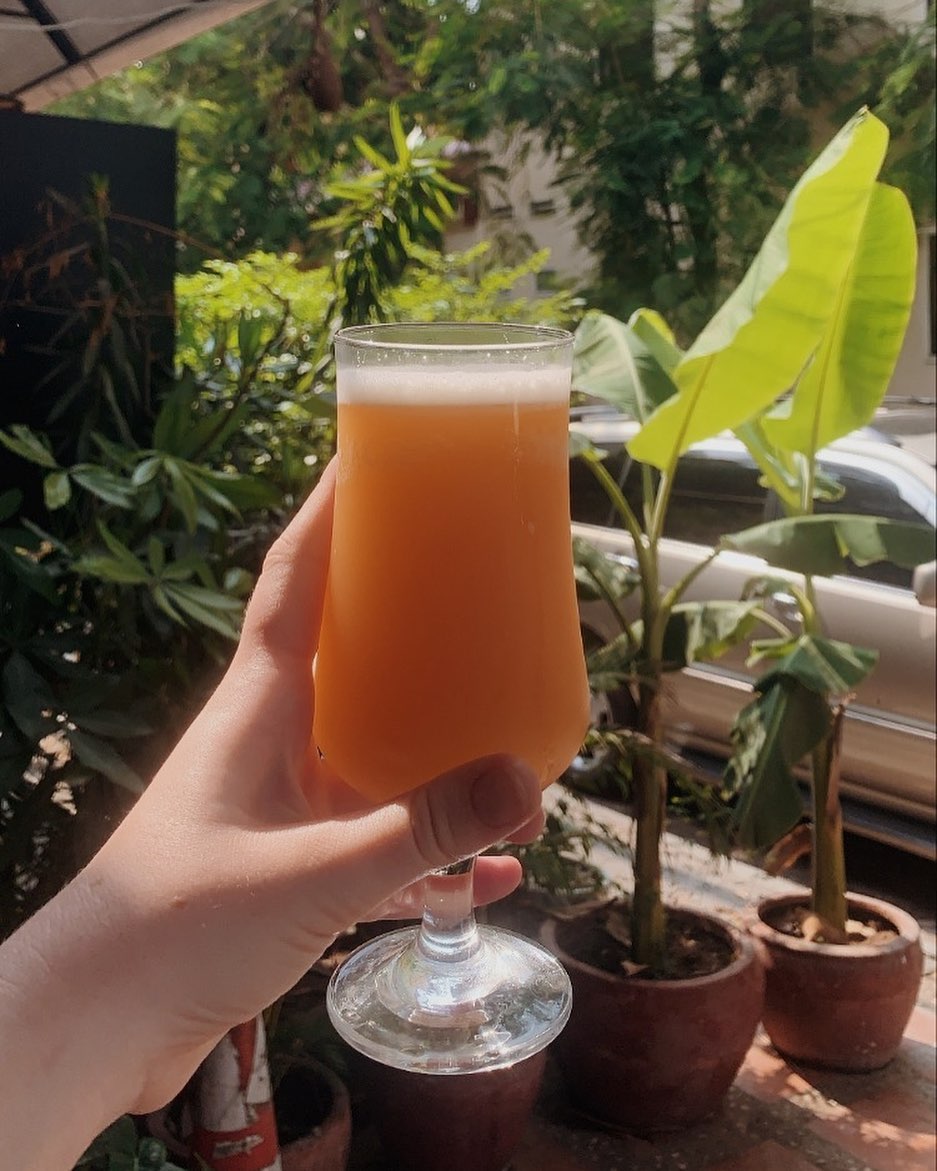 The world has definitely been upside down the whole beginning of 2020. For the craft beer industry this hasn’t necessarily been a terrible thing (albeit not good either) as people work less and have more time to sip a bunch of delicious beer. In Phnom Penh we have seen the Cerevisia Beer Tuk Tuk driving around and Embargo Craft Beer Bar has been delivering mouthwatering craft beers to their customers.

Amidst all this there has even been a new brewpub opening in Phnom Penh. This new brewery is called Two Rivers Ale and we had a little chat with their owner about his plans and vision.

Who are you, the man behind Two Rivers Ale?

What’s the idea behind this brewery?

The goal for the brewery was to be a nano-sized brewpub with a focus on urban farmhouse brewing. The brewhouse was intentionally kept small and simple because I wanted to challenge the idea that beer comes from fancy stainless systems with fancy technology. For most of beers history it has been predominantly brewed with simple equipment for working people to enjoy.

And why did you feel Cambodia would be a good place to set up a craft beer business?

As for why Cambodia, I had lived in Phnom Penh for four months back in 2017 and fell in love with the city and all its quirks. Ever since I have been trying to come up with an excuse to move back. Cambodia’s lax rules around licenses for breweries compared to Australia also played a role in the decision to be based here. I’m trying to make the brewery distinctly Cambodian, be it the uses of local ingredients where applicable or through the general laid back vibe.

And what do you think about the Cambodian Craft Beer scene in general and where is it heading?

The Cambodian Craft beer scene is growing at a ridiculous pace. When I first started planning the business I couldn’t have imagined how far long the local appreciation for decent beer would come. Of course, the current situation around the globe has affected me just as it has affected countless other local small businesses, but I have no doubt that its effect on the Cambodian craft beer scene will be minor in the long term.

Where can I find Two Rivers Ale and what beers do they have?

You can find Two Rivers Ale at Street 246 just east of Wat Botum Park, not too far from Sisowath Quay.

So far they have brewed the following beers:

We wish Two Rivers Ale all the success in the world and hope they will be an important part of the Cambodian Craft Beer community.